Police said the all-electric BMW iX – with four adults and child on board – swerved out of its lane and caused a horror pile-up with three other vehicles in Germany.

It is not yet known why the car suddenly crossed to the wrong side of the B28 federal highway in Römerstein yesterday afternoon.

“Whether it was being steered by the (driver) or not is the subject of investigation,” police said.

It first hit an oncoming Citroen, before crashing head-on with a Mercedes-Benz Vito van – in which a 33-year-old passenger was killed.

The Citroen span after impact and smashed into a Seat Alhambra with two people on board. 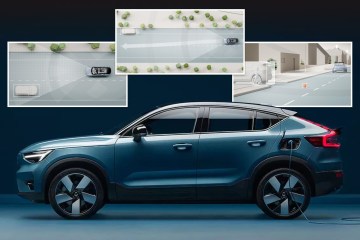 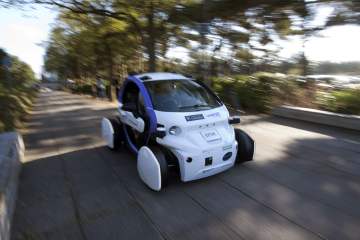 The Seat was rammed off the road and burst into flames, reports said.

The injured were taken to several hospitals in the region, including the 43-year-old driver of the BMW.

Pictures from the scene show the car emblazoned with stickers warning that it is a test car with autonomous steering.

BMW clarified that the vehicle involved was not capable of fully autonomous driving.

It was fitted with its level 2 “Driving Assist Professional” system.

That means the it can steer itself to keep in lane and accelerate and brake to maintain speed and distance from other cars.

But the driver must keep their hands on the wheel and is responsible for control at all times, the manufacturer says.

“The vehicle has a level 2 driving assistance system that is already incorporated in production vehicles today and which can support the driver on demand,” the company said.

BMW said the vehicle was required to be marked as a test car for data protection purposes because it was recording video footage.

The car maker added: “We are in the process of investigating the exact circumstances.

“Of course we are in close contact with authorities.”

Level 2 systems can brake automatically, accelerate and – unlike Level 1 – take over steering, according to BMW’s website.

Self-driving cars have been involved in a number of fatal crashes in the past.

One of Uber’s Volvo test cars struck and killed a woman crossing the road in Arizona in 2018.

Footage allegedly showed the car – which was in “autonomous mode” – had time to brake before impact.

A year earlier Uber had pulled its test fleet from the roads after another car ended up on its side.

At least three Tesla drivers have died since 2016 while using autopilot mode.

In May this year a Tesla driver was ordered to stand trial for manslaughter after two people died in a December 2019 crash in Gardena, California.

The Model S car was on autopilot when it exited a freeway, ran a red light and slammed into a Honda at 74mph, police said

Prosecutors allege the driver should have been ready to take control but failed to touch the brake pedal.

Last December another Tesla Model S slammed into the back of bus, injuring several people in Newport Beach, California.

In the same town, three people were killed when a brand new Tesla S crashed into a construction site in May this year.

Police are investigating if the autonomous system was operating.