AN INFLUENCER who refuses to cook for himself has revealed that he spends a whooping £10,000 every month on takeaway grub and restaurant meals.

Cosmin Cernica, 29, who splits his time between London and Dubai, is used to the finer things in life and doesn’t scrimp when it comes to his three meals a day.

He eats most of his meals in lavish restaurants but says he orders takeaway food five to six times a week because he ‘doesn’t like the smell of cooking in his home’.

The social media and marketing boss shares pics of his slap-up meals with his 100,000 followers, with snaps of pricey caviar and champagne breakfasts topped with truffles.

Romanian-born Cosmin says he is happy to splurge £10,000 a month to avoid cooking at all costs and spends £2,000 alone on chocolate from Harrods food hall.

He said: “I don’t like cooking and I don’t actually like the smell of food being cooked in my house, so the only options left are to either order in or to go out – which I do five-six times a week when I am in London and every day when I am in Dubai. 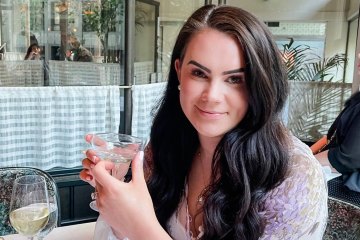 “Going out to restaurants for me is not only about the food, but more about the experience – I am very particular with the places I go.

He said: “Because I don’t cook at all, I always get my food delivered or I go to restaurants.

“I order my food from a luxury food delivery app that delivers gourmet food from the best restaurants in London.

“I love a truffle breakfast, if it’s weekend that will always be paired with champagne. I also love salmon sandwiches topped with caviar, they are my go-to breakfast.”

Although the lifestyle blogger is used to eating the best grub in town he says he tries to stay healthy – apart from when he allows himself an occasional treat.

Cosmin added: “Even if I order all the time I try to eat reasonably healthy so I would never order something from McDonald’s let’s say, but when I fancy a ‘fast food treat’ I would order a Wagyu burger topped with Oscietra Caviar and 24K Gold leaf from my favourite Chef in Chelsea, Mr. Z, he always delivers his food in a Mercedes.”

Out of all of the expensive treats Cosmin eats, he says truffles are by far his favourite and his local shop in trendy Chelsea calls him as soon as they have a fresh delivery.

He said: “They are very expensive, especially the white truffle or if they are not in season in Italy and they need to be flown in from afar.

“My local shop in Chelsea would call me every time they have a fresh truffle delivery. I also eat caviar which can be quite pricey too and I love seafood, especially fresh lobsters, and red prawns.”

On average Brits spend just £451 on takeaways according to a KPMG survey with Cosmin spending nearly four times that amount in just one month.

Born in Romania the influencer splits his time between Dubai and London after leaving home at 16 to head to the UK.

He said: “I left home when I was 16 to continue my studies, moved to the UK and started my own business.”