YOU don’t earn the nickname of the “Brazilian Hugh Hefner” without being able to give the Playboy boss a run for his money.

Sex-crazed Arthur Urso is keen to compete with the legendary lothario and is now building a “mansion of free love” for his eight wives.

His pursuit of sexual freedom and protest against monogamy has earned him some stunning arm candy and a reputation that precedes himself.

The model and influencer first hit the headlines last year when he tied the knot to nine women all in one ceremony – before one of them bailed.

However, the service in São Paulo, Brazil, was not legally binding because polygamy is illegal in the country.

Arthur had to draw up a sex rota to schedule time with each of his wives, before scrapping it to let things “flow naturally”. 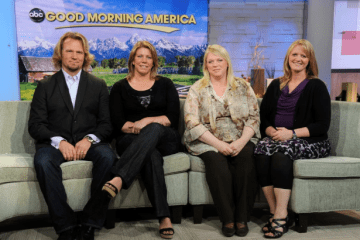 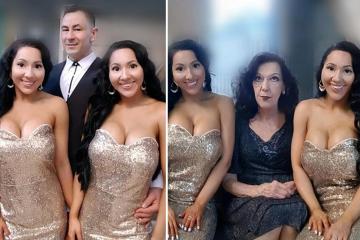 He said: “They all demand attention, affection and sex to be part of our everyday life, and I can’t do more for one than the other.”

His only complaint is the bills his multiple lovers rack up, but the wealthy lady’s man insists he can handle the expenses of his large brood.

The model has still found the cash to keep his wives living in luxury – seeing him embark on a mission to create Brazil’s ultimate bachelor pad.

Arthur has started construction on a 700-square-foot plot of land to house his spouses, directly inspired by the Playboy mansion.

He has taken a leaf out of Hugh Hefner’s book but is adding his own spin on it, naming the home the “mansion of free love”.

But not everyone is impressed by his lavish lifestyle – as locals aren’t happy with the unwanted attention his development is attracting.

The loved-up lothario discovered a wall of the property had been vandalised with a “demonic” message, urging him and his wives to leave.

The graffiti read: “Demon family, go away, you are not welcome”.

In response to the ominous scribble, he hit out at critics commenting on his unorthodox lifestyle, saying he just wanted “peace”.

Sharing pictures of the defacement, he wrote: “Today was a sad day, after waking up and opening the door for the construction team, I was told that the mansion wall was graffitied!

“I will find out who did this and take the appropriate steps.

“I’m not doing anything wrong by building a home for myself and my wives. We just want to live in peace!

“We consider every form of love to be just.”

Arthur said a police report was filed but no update was given about whether those responsible had been identified.

But by thrusting his alternative love life into the spotlight, he is no stranger to controversy.

They bonded over their love of swinging and eventually decided to bring more people into their relationship.

He is now unofficially hitched to seven other women, by the names of Thayenne, Kyara, Melina, Bethany, Taina, Lorena and Emelly.

Since my adolescence, I discovered I was not born to be monogamous.

Arthur explained he had asked for the hand of the other women, who accepted, and they had then held a symbolic marriage.

He said: “Since my adolescence, I discovered I was not born to be monogamous.

“It was from this period that I began to delve deeper into the subject, through films and documentaries.”

The influencer already has a daughter from a previous relationship, but is keen to expand his large family even further.

And he isn’t fussed about which of the women is the first to conceive, as he is sure his future child “will grow up with a lot of love and affection from everyone.”

Despite his spouses being free to also engage in relationships with other people, Arthur claims none of them have strayed.

The wannabe-Hugh Hefner boasts over 100,000 followers on Instagram, where he shares sneak peaks of his life behind closed doors with eight wives.

He regularly posts photos of them snuggled up in bed together or on outings as a group.