A WOMAN whose mother was stabbed to death has formed an unlikely friendship with her murderer following a near death experience.

Sharlene was killed 26-years ago in April 1993 at the age of 22 as she was jumped by a drugged-up predator at an ATM machine.

The man responsible, Jason Clark, had been high on meth and stabbed her as he sought to reclaim lost drug money.

She died from her injuries that day, leaving behind one daughter.

But after serving his time in an Australian prison for her death, he found a surprising companion in Sharlene’s biological daughter Mariah Lucas who sought to find out the truth about her mother’s untimely demise.

“I’m proud to call Jason one of my best friends,” Lucas said. 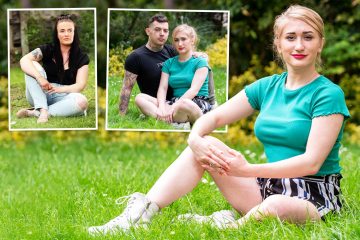 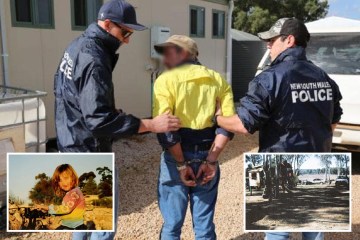 Taken in by her uncle as a young girl, Mariah was just 15 months old when her mother passed away.

She only learned about the nature of her death when her dad moved to prison – moving in with her with relative at the age of seven.

Mariah recalled that she heard many stories of her mother growing up – including her love of signing and dancing.

And at 12-years-ago her aunt finally revealed the identity of her mother’s killer –deciding best to not go looking for further details.

However, she admitted that her mother’s killer was “never far from her mind” as she became a mother herself to four children.

It was only at the age of 23 that she claims her perspective changed when a routine wisdom teeth removal operation went drastically wrong.

An infection turned septic leaving her hospitalised in a coma.

During that time she claimed she had visions from her departed mother who sought reconciliation with her murderer.

“My heart stopped, and I saw Mum, standing there in the breeze, wearing in a white dress,” she said.

“My hands reached out to her, but she smiled and shook her head. Coming to, I felt peace.”

In an interview with news.au, she claimed the vision was a message from beyond the grave – prompting her to reach out to her mother’s killer.

I’m proud to call Jason one of my best friends,

Despite the objection of her furious family members, she set about writing a letter to Jason offering forgiveness and rehabilitation.

“I forgive you, and I want you to forgive yourself”, she allegedly penned in a five page document.

A month later a executive director of a homicide victim charity replied to the letter – offering her a meeting with Jason who was set to be released from prison on parole.

In December 2016 the pair met for the first time as Mariah described being confronted by the teary-eyed ex-convict.

“He was sitting in a chair shaking and breathing heavily, tears in his eyes,” she said.

“All my nerves vanished. Without even thinking I walked over to him, and we hugged.

“The very first words out of my mouth were, ‘Why did you do it?’”

Clark allegedly discussed the events leading up to her mother’s death – detailing his drug abuse addition and how he desperately acted to reclaim money that his mother owed him.

“It sounds bizarre, but the intensity of that three-hour meeting forged such a bond that we went for dinner afterwards,” Mariah said.

Only a week later, she then took the extraordinary step of inviting Clark to have dinner with her children, then aged six, four and two.

Recalling her exchange with Jason before the sit-down dinner she said: “You’ll be meeting Mum’s grandkids.

“She never had that chance. This is a privilege you have to earn.”

As the kids were told in simple terms of the man’s murderous past, Clark allegedly took the time to apologise to the tots, accepting responsibility for the fact their grandma wasn’t still there to see to grow up.

Five years since, Mariah now says their “friendship had grown” as snaps show the pair smiling photos and selfies.

Working alongside charities about prison reform, she concluded, “I treasure my friendship with Jason.

“Through him I’ve learnt the incredible healing power of forgiveness.”